How To Use An Airsoft Pistol?:  Airsoft guns were made by sports hobbyists who wanted to participate in police and military combat scenarios sport but couldn’t use conventional weapons for obvious reasons. The game is played on a reasonably large predetermined area.

The aim is to hit other players with the projectile (commonly known as BBs) fired from your airsoft gun. Whereas it was difficult to determine whether someone has is hit, the game relies on integrity and an honor system.

When fired, the pellets travel at slower speeds than real bullets. It can be a bit painful when to hit, but unlike the real guns, they are guaranteed not to kill or cause massive bleeding injuries. There is no surety of an unfortunate incident not happening. Nonetheless, safety precautions should be taken into account when using the toy guns. 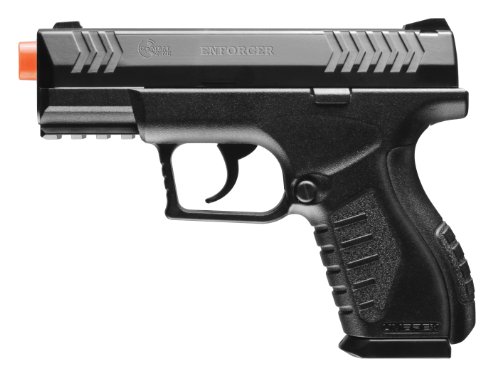 Protective gear is out of the discussion when dealing with the best airsoft pistol. As I mentioned before, it can get messy or even fatal when you don’t have enough equipment to protect yourself.

However, this does not apply to you alone. I don’t get involved in the sport when other players don’t have enough gear. You should adopt this rule as well. Otherwise, you may get into additional liabilities of your friend’s injury.

The speed of the BB is slower than the rate of the traditional guns and is meant not to cause damage just a little bit of pain. However certain conditions are an exception.

Game enthusiasts are strongly advice not to shoot at people not wearing proper eye protection. And this does not mean military sun/dust/wind goggles. Specific goggles with shatter resistant lenses and by reputable manufacturers of products dealing with airsoft sports equipment are a must.

The second precaution when dealing with an airsoft pistol is to consider the speed of the pellets. Typical guns shoot at ranges of 250-350 feet per second. These speeds can, however, be modified to much faster speeds of up to 400 feet per second. It is highly recommended to maintain the conventional speeds to avoid more pain and possibilities of injuries. An experienced user who can judge distance and avoid scenarios of close range shooting is highly recommended for 400 feet per second-speed gun situations

Transportation is also a safety precaution users should take seriously. In light of its incredible resistance to the real gun, it’s prudent for you to carry it in a gun case. The use of a gun case as a means safe transporting and also prevents damaging as airsoft guns can be quite fragile.

Honestly, I can’t find another better way to carry and store your pistol and spare magazines. Transporting it in this way is also another way to avoid public confrontation. Save yourself the energy of trying to explain to cops how it is not a gun, at times; it might be too late, how unfortunate?

An airsoft gun should be treated like a real gun at all times; they are not toys to carry around. Misuse or carelessness can cause serious injuries ranging from broken teeth and damaged eyes and sometimes even death.

Be sure to use the operation manual before airsoft pistol handling. Especially the warnings and cautions provided in the intractable. Check out for local laws governing the use and ownership of airguns in your country, city, and town. It is your duty to follow them religiously.

The realistic resemblance of airsoft guns to real gun prompted laws to be put in place about the same. One such law is the presence of a blaze orange tip. Removal of the tip under any circumstance is a federal offense.

Most of the precautions I will mention below involve the user engaging their brain before touching and even using. For military or police combats, the same rules apply. It is pretty obvious for others, but for beginners, extreme caution is needed

How To Use An Airsoft Pistol?

Now that you know all the safety precautions at your fingertips, it’s time you know how to use an airsoft pistols.

The first step is to examine your pistol. Check whether it is in good shape. For beginners, always be in the company of an instructor or an experienced person to guide you through the gun examination process. Some airsoft guns tend to jam when using. As I mentioned before, airsoft guns can be fragile and fail to work when dropped. Be sure to fix it in the case of such.

Load it. You won’t be able to fire if you haven’t loaded it. You can do this by pulling the spring down in front of the clip and insert as much BBs as possible then add the handle of the gun

After cocking, identify your target. Aim by looking at the sights of the gun which are two notches on the back and one on the front. Gaze down the top of the gun and line the three up.

Aim at your target. Shift the safety off and pull the trigger. You now know how to use an airsoft gun.

Combat is a sport that can be safely practiced using airsoft pistols and without inflicting harm on yourself or others. Whenever your friends agree on preset rules, the whole exercise can be so much fun. Many of the rules involving the use are common sense. The simplest one being treated an airsoft gun with the same respect as a real gun.

More about this author
53 Posts